Trip to the Camera Operator’s Booth 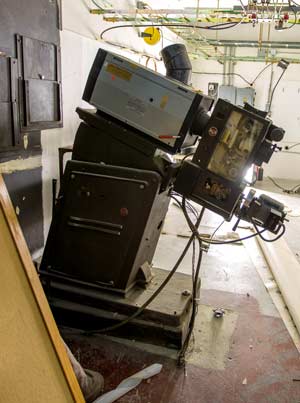 I was encouraged to go with a friend up the long stairway at Goshen Theater to the cameraman’s booth who welcomed us to watch him switch from the first to the second reel.

He had us watch the movie screen through a portal for a mark near the end of a film reel and then he switched to the next prepared reel. We were fascinated!

That would have been around 1947 when I was in Goshen Jr. High School.