Say hello to the fine people that you will meet when you visit Goshen Theater. 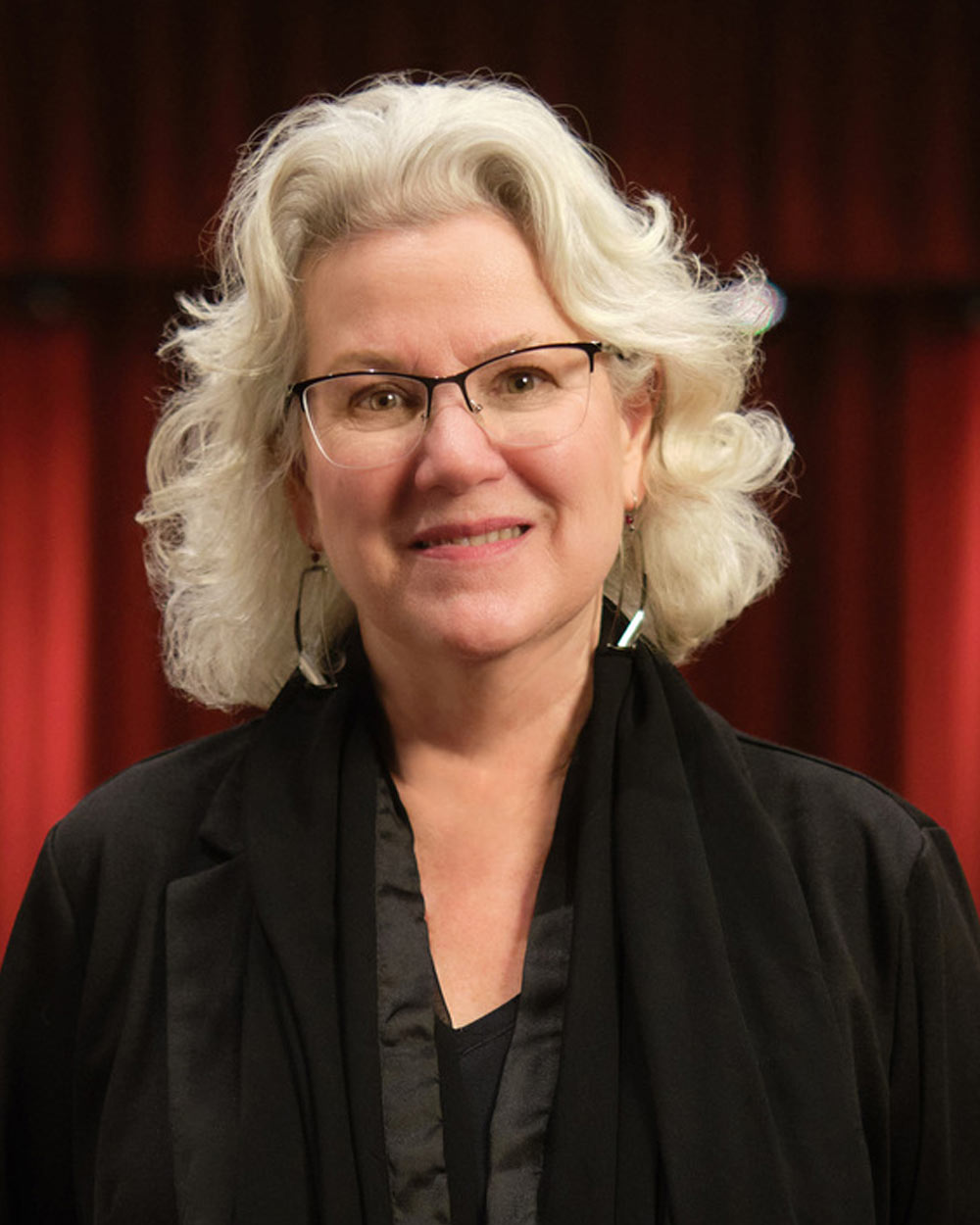 I recently stepped away from a 34-year career as executive director of the South Bend Museum of Art. My nonprofit management experience spans 48 years and four museums, with all that entails: grant writing, fundraising, planning, community collaboration, outreach, and a passion for the arts.

I live in South Bend, but I’ve been aware of Goshen’s rich, creative scene for years because of my connection to the arts. I’ve even had the opportunity to work with some Goshen-area artists in the past. When I came to the theater to interview, I was struck by the beauty and history of the theater, as well as the commitment of board members, volunteers, donors, and staff who recently achieved this stunning renovation. But just as exciting as this amazing building to me is the opportunity to dream and plan for future programming. I hope to see us fully utilizing the theater’s resources to support and showcase Goshen’s rich performing and visual arts heritage. 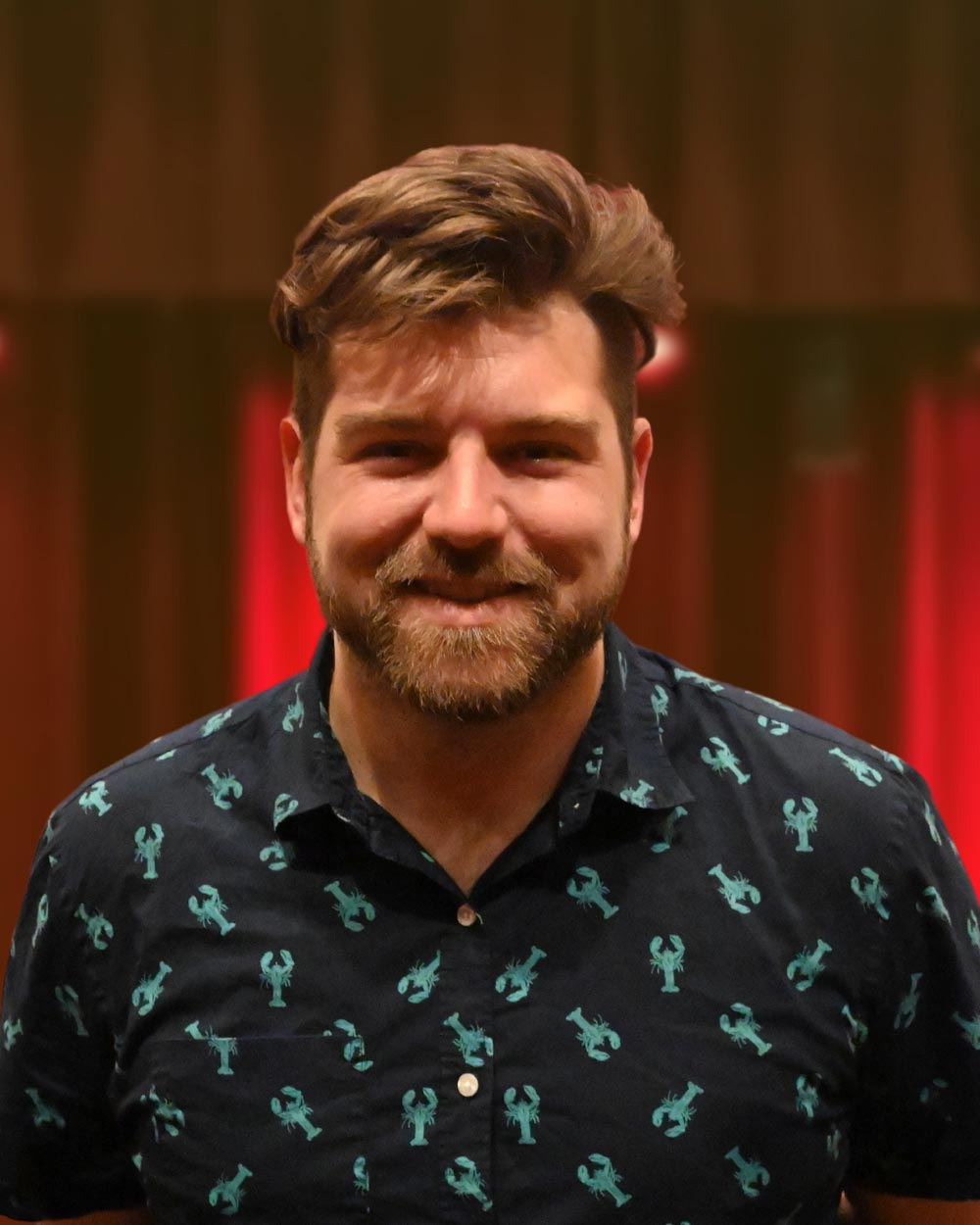 I have joined Goshen Theater as the Program Manager.

Goshen Theater is a place that I fell in love with the moment I saw it. I have a special place in my heart for historical theaters. The ability to work here and put on productions and events here is something that I will always enjoy.

I have enjoyed all of the events that I have worked on. However, First Fridays are probably my favorite—seeing patrons come in on those days and tell us stories about the theater and see their reactions to the renovations that have been done. You can’t beat that.

The theater is so full of possibility and creativity. We are producing original content and shows here. I pinch myself. I get to wake up every morning and help create art to bring to the community for its people. There is something special about being able to work for this community and help bring more art to an already thriving artistic city. 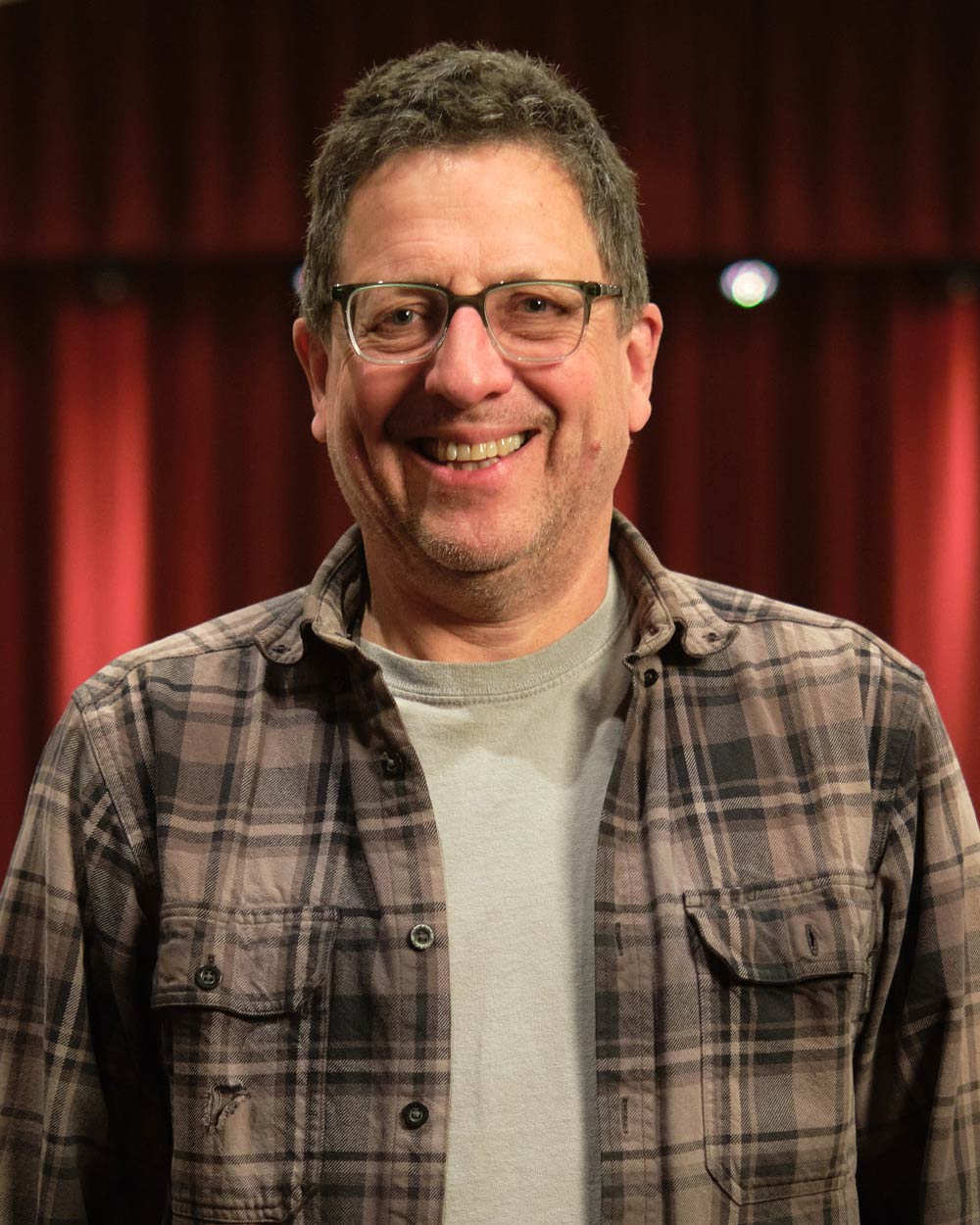 I’ve been involved with Goshen Theater since 2011. I was asked to be a part of the theater board studying the feasibility of purchasing and restoring the building. After the theater was acquired [by nonprofit Goshen Theater, Inc.] in June 2014, I became the technical director and facilities manager.

Goshen Theater is significant for two reasons: It’s both a feature of downtown Goshen and a historical performance venue. I believe the theater has the potential to play a critical role in the future of downtown.

We offer a diversity of events and performances to the community, and I feel honored to be a part of that work. Goshen Theater was recently a hub for the first — and hopefully annual — Latin Festival. We’ve hosted amazing Steel Wheels concerts. Tony Brown’s tribute to Paul Robeson was another event that made me feel proud to be a part of the theater. And, of course, the impromptu hosting of the Cubs’ World Series victory in game seven was an unforgettable moment!

I never cease to be inspired by our community — especially when I think about the support given to restoring the theater. There is so much promise in what Goshen Theater does, but it is only possible through the combined efforts of the different people who care. That kind of community support keeps me motivated in my work here.

Goshen Theater is special to me because of the community it has created and the drive, heart, and intentionality with which it serves that community even when faced with obstacles such as Covid-19. The event I have been most proud of was the 2020 camp season because of the creativity and perseverance that went into it, but our 2021 camp was a huge highlight, as well. This past summer, we put on a safe, in-person camp with approximately 50 students. We were able to do it masked and kept everyone involved safe. The students, as always, were rockstars!

My Drama Club students at Goshen Theater are a huge source of motivation for me. I love helping facilitate the passion for theater and art in the younger generation. We are trying our best to expand our educational opportunities to a year-round program. The students have such creatively brilliant minds and witnessing them explore who they are as artists is inspiring. They make me a better artist.

Drop us a line with the form below!