Your Drama Club Instructors and Staff 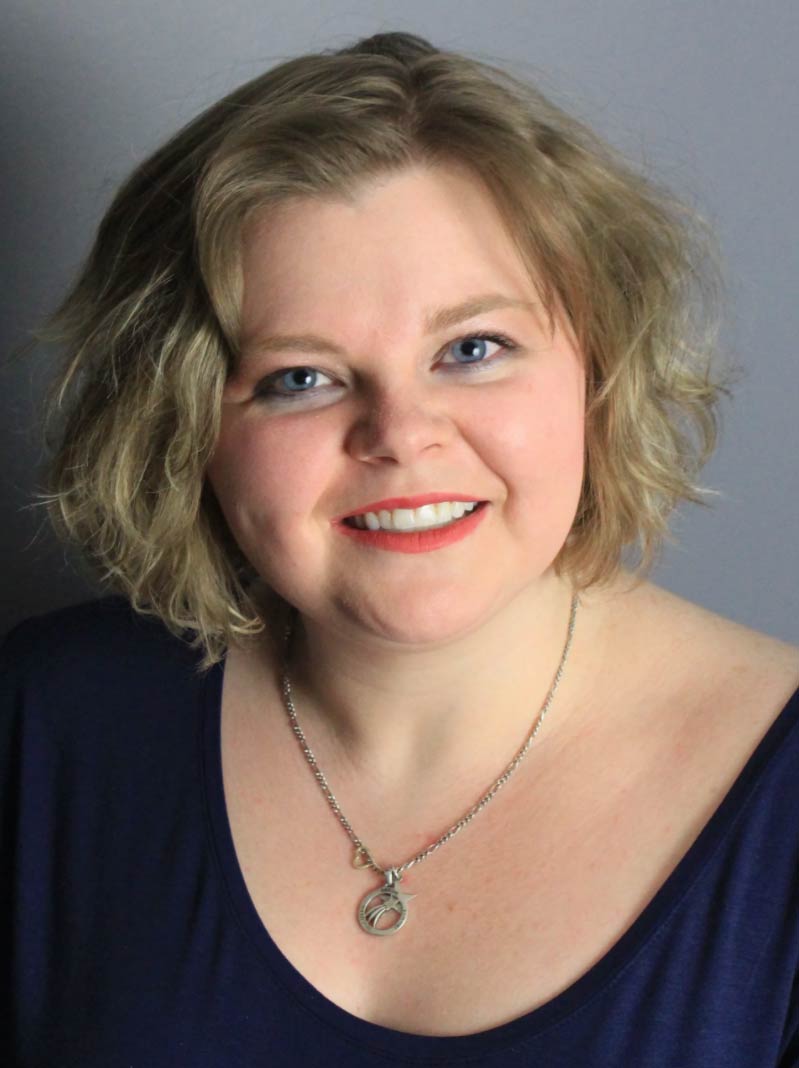 Katherine S. Barnes or better known as Ms. Katie to her students is a Chicago based Actress who has been directing children’s theatres and camps throughout the midwest for five years.

Locally, you may have seen Katie performing on stage at the Round Barn Theatre in Nappanee, IN, or by taking one of her summer camps at Amish Acres. She’s also taught for numerous tours with Prairie Fire Children’s theatre where she taught kids from ages 5-18 years, and even some “Kids at Heart”, ranging throughout eight states; as well as, teaching a children’s theatre summer camp for her hometown Area Arts Council and community.

She holds a BFA in Musical Theatre from Missouri State University and hails originally from Sullivan, MO. These days you’ll find her living the actor life in Chicago with her boyfriend, working her day job as the Assistant Manager of the Haven Lounge at The Den Theatre, and helping raise a beautiful future bonus daughter. 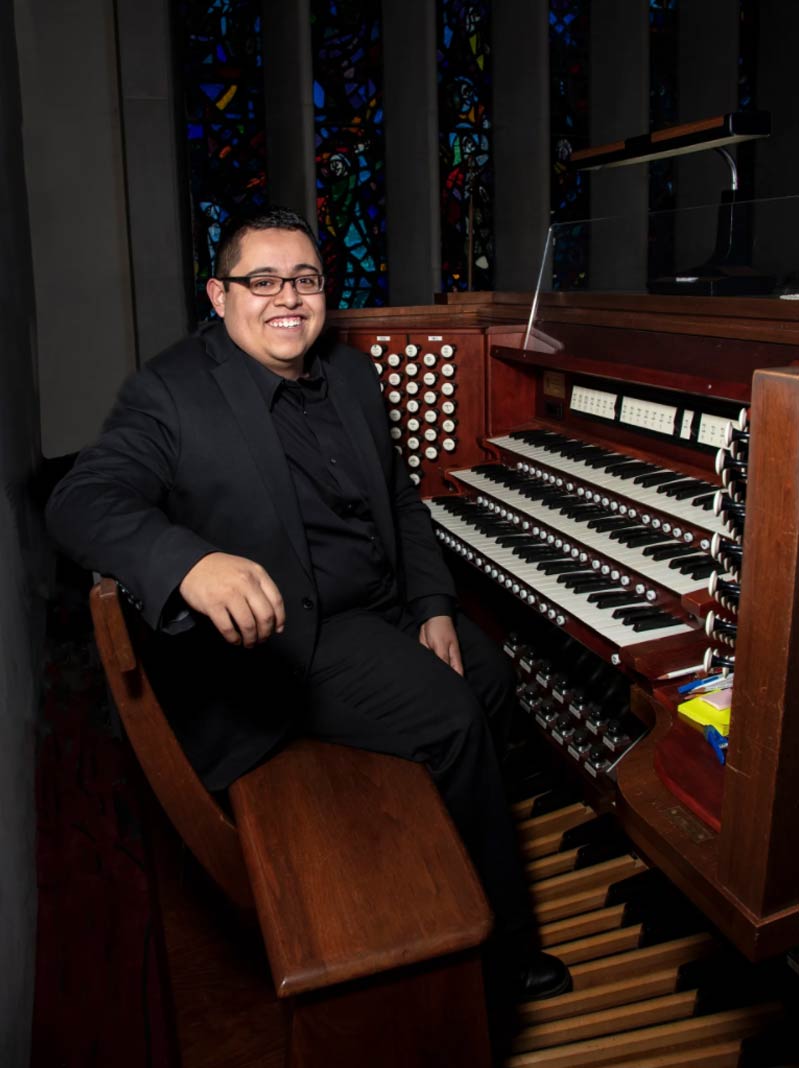 A native of Puebla, Mexico, Juan-Carlos Alarcon developed his love for music while playing piano at an early age. His musical activities have taken him to New York to perform at Carnegie hall in 2016 and 2019, both times performing in choral ensembles under the direction of renown conductors.

In February of 2019, he traveled to Los Angeles to the 61st Grammy awards where the CD he was involved in, “American Dreamers, Voices of Hope, Music of Freedom,” received three Grammy awards. Visit dreamersjazz.us for more info.

Juan-Carlos continually advocates for music education, STEAM education, the arts, and for education and inclusion for all. Because of his desire to further the arts, he is involved in leadership roles in local musical organizations. His positions include membership in the Elkhart County Symphony board of directors and the IU South Bend Arts Foundation board.

Juan-Carlos is a graduate of the Raclin School of the Arts at IU South Bend. 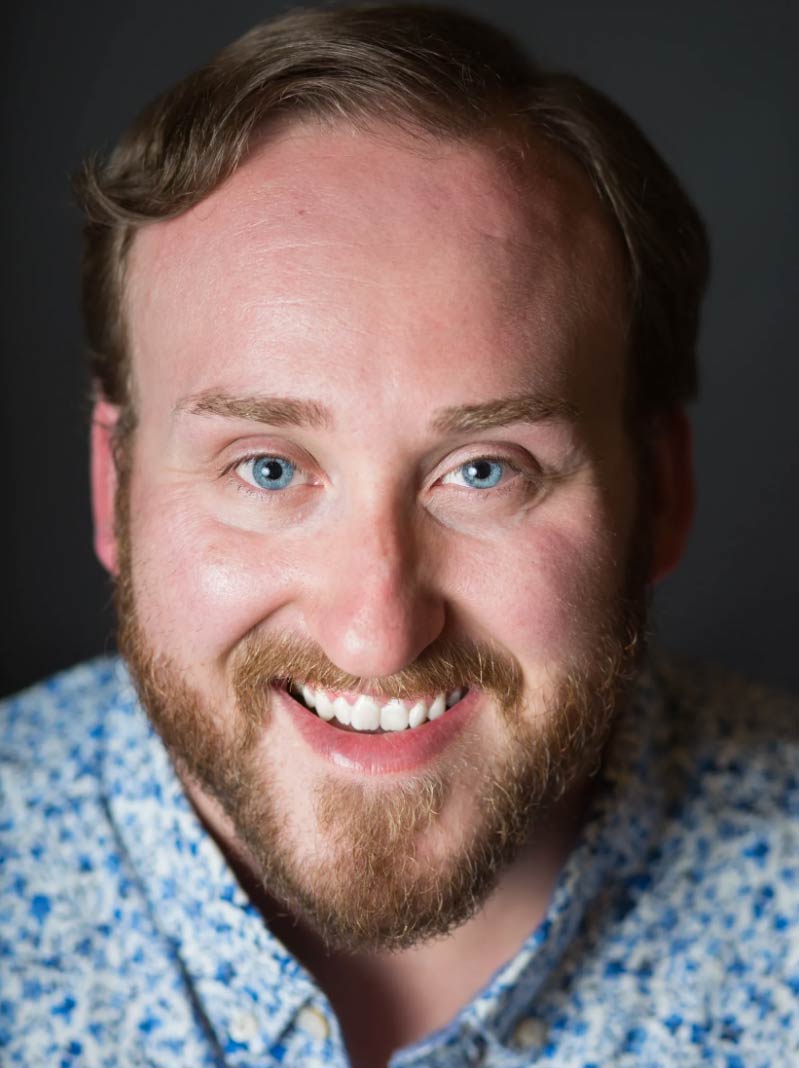 Travis Bird is from Decatur, Indiana, and graduated from Ball State University with a BA in Voice Performance.

Their favorite theater credits include Jesus in Godspell, Roger in Grease, Nicely Nicely Johnson in Guys and Dolls, Pap/The King in Big River, and Jaxson in Steeple People. They have done four tours with Missoula Children’s Theatre as a tour actor/director. They would like to thank their family and friends for their support. 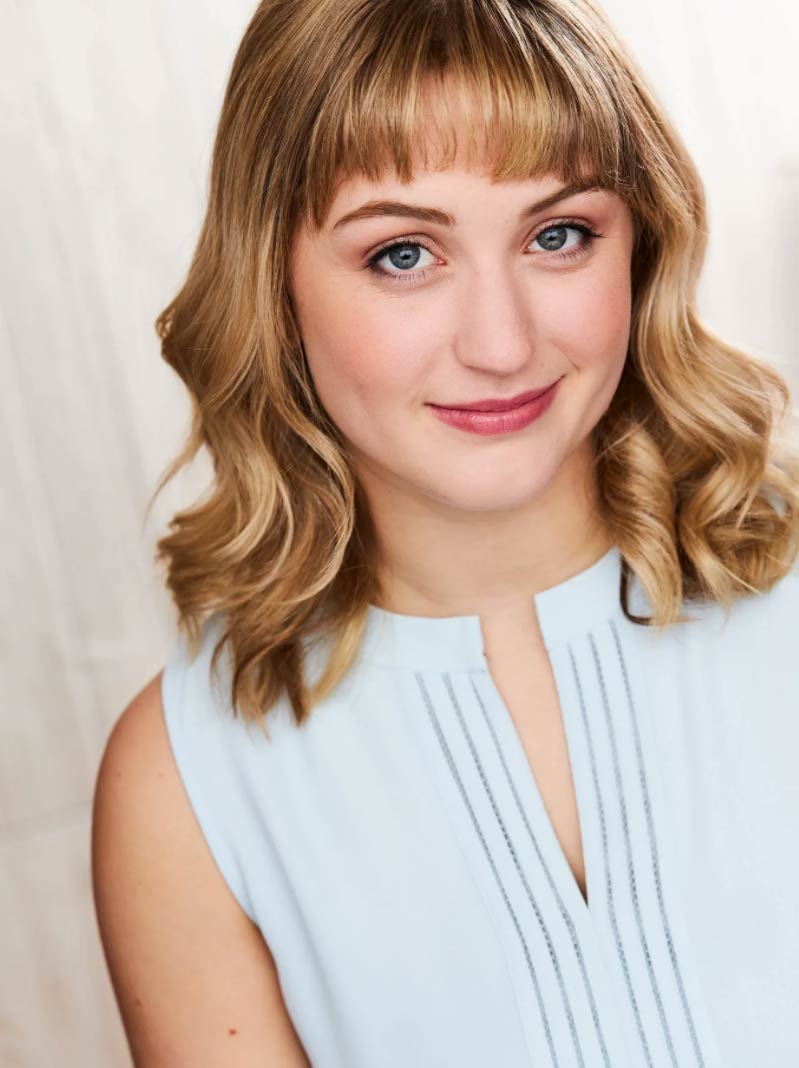 Molly Hill, a Goshen native, is thrilled to join the team as an instructor at the inaugural summer Drama Club! She worked as an intern at The Goshen Theater spring of 2020, and has received her BFA in Musical Theatre Performance from Western Michigan University.

Previously, you may have seen Molly on stage throughout the community at Wagon Wheel Theatre, The Round Barn Theatre, and Elkhart Civic Theatre; or professionally in Michigan at the Forest Roberts Theatre, Farmers Alley Theatre, and The Barn Theatre. Her favorite performance credits include: Logainne in The 25th Annual Putnam County Spelling Bee, Little Sally in Urinetown the Musical, and Debbie Reynolds in What a Glorious Feeling. When Molly isn’t performing you can find her teaching fitness classes at L.O.L. Health and Fitness Studio, working as a choreographer, playing the bassoon, or enjoying a great cup of coffee.

She is incredibly grateful to teach and give back to the arts community here in Goshen! 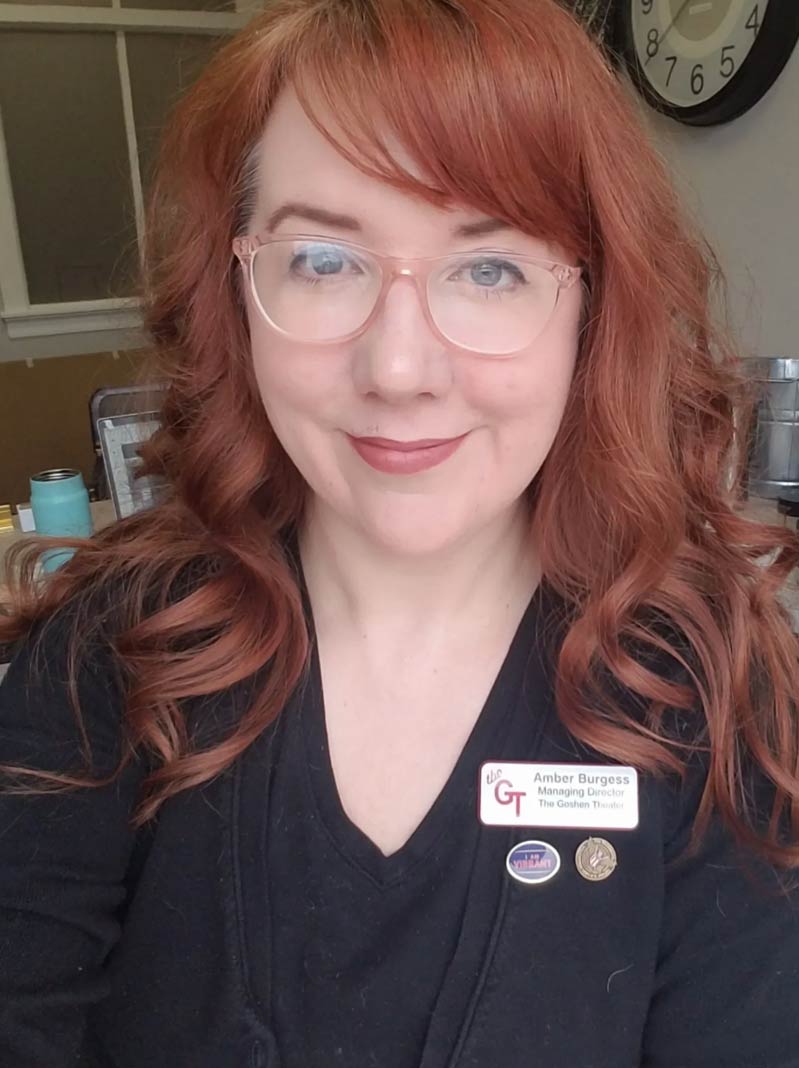 Amber is the Managing Director of the Goshen Theater, and has been an arts educator for more than 2 decades. Amber studied theatre at The University of Jamestown, in her hometown, and transferred in her junior year to study musical theater at Millikin University in Decatur, IL.

After leaving college Amber taught violin, voice, and acting lessons during the day, while working in the theatre professionally in the evenings. In 2002 she began to travel the country full time as an actress and musician, eventually working in Nappanee at the Round Barn Theater for the first time in 2005.

She went back to school part-time to study social sciences (with an emphasis in theatre research) at Ashford University, graduating in 2010.

She honed her focus on directing in 2011, after producing and directing a play in Chicago at Theatre Building. In 2015, she became Artistic Director of The Round Barn Theatre in Nappanee and took over day-to-day operations and management. In 2018 she shifted her focus to Arts Administrations, and now applies all her skills as Managing Director of The Goshen Theater.

Deadline for Registration is Monday, June 21 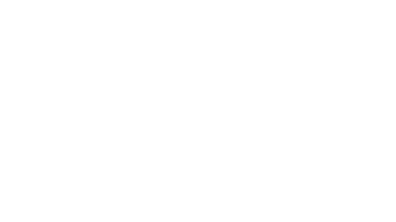 Made possible with the generous support of Goshen Noon Kiwanas